What is Prescription Drug Abuse?

Some medications have psychoactive (mind-altering) properties and, because of that, are sometimes abused—that is, taken for reasons or in ways or amounts not intended by a doctor, or taken by someone other than the person for whom they are prescribed. In fact, prescription and over-the-counter (OTC) drugs are, after marijuana (and alcohol), the most commonly abused substances by Americans 14 and older.

The classes of prescription drugs most commonly abused are: opioid pain relievers, such as Vicodin® or Oxycontin®; stimulants for treating Attention Deficit Hyperactivity Disorder (ADHD), such as Adderall®, Concerta®, or Ritalin®; and central nervous system (CNS) depressants for relieving anxiety, such as Valium® or Xanax®.1 The most commonly abused OTC drugs are cough and cold remedies containing dextromethorphan.
People often think that prescription and OTC drugs are safer than illicit drugs. But they can be as addictive and dangerous and put users at risk for other adverse health effects, including overdose—especially when taken along with other drugs or alcohol. Before prescribing drugs, a health care provider considers a patient's health conditions, current and prior drug use, and other medicines to assess the risks and benefits for a patient.

How Are Prescription Drugs Abused?
Prescription and OTC drugs may be abused in one or more of the following ways:
Taking a medication that has been prescribed for somebody else. Unaware of the dangers of sharing medications, people often unknowingly contribute to this form of abuse by sharing their unused pain relievers with their family members. Most teenagers who abuse prescription drugs are given them for free by a friend or relative.
Taking a drug in a higher quantity or in another manner than prescribed. Most prescription drugs are dispensed orally in tablets, but abusers sometimes crush the tablets and snort or inject the powder. This hastens the entry of the drug into the bloodstream and the brain and amplifies its effects. 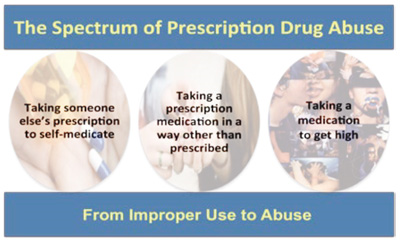 Taking a drug for another purpose than prescribed. All of the drug types mentioned can produce pleasurable effects at sufficient quantities, so taking them for the purpose of getting high is one of the main reasons people abuse them.
ADHD drugs like Adderall® are also often abused by students seeking to improve their academic performance. However, although they may boost alertness, there is little evidence they improve cognitive functioning for those without a medical condition.

How Do Prescription and OTC Drugs Affect the Brain?
Taken as intended, prescription and OTC drugs safely treat specific mental or physical symptoms. But when taken in different quantities or when such symptoms aren’t present, they may affect the brain in ways very similar to illicit drugs.
For example, stimulants such as Ritalin® achieve their effects by acting on the same neurotransmitter systems as cocaine. Opioid pain relievers such as OxyContin® attach to the same cell receptors targeted by illegal opioids like heroin. Prescription depressants produce sedating or calming effects in the same manner as the club drugs GHB and Rohypnol®. And when taken in very high doses, dextromethorphan acts on the same cell receptors as PCP or ketamine, producing similar out-of-body experiences.
When abused, all of these classes of drugs directly or indirectly cause a pleasurable increase in the amount of dopamine in the brain’s reward pathway. Repeatedly seeking to experience that feeling can lead to addiction.

What Are the Other Health Effects of Prescription and OTC Drugs?
Opioids can produce drowsiness, cause constipation, and—depending upon the amount taken—depress breathing. The latter effect makes opioids particularly dangerous, especially when they are snorted or injected or combined with other drugs or alcohol.

Opioids and Brain Damage
While the relationship between opioid overdose and depressed respiration (slowed breathing) has been confirmed, researchers are also studying the long-term effects on brain function. Depressed respiration can affect the amount of oxygen that reaches the brain, a condition called hypoxia. Hypoxia can have short- and long-term psychological and neurological effects, including coma and permanent brain damage.
Researchers are also investigating the long-term effects of opioid addiction on the brain. Studies have shown some deterioration of the brain’s white matter due to heroin use, which may affect decision-making abilities, the ability to regulate behavior, and responses to stressful situations.
More people die from overdoses of prescription opioids than from all other drugs combined, including heroin and cocaine (see "The Prescription Opioid Overdose Epidemic" below). 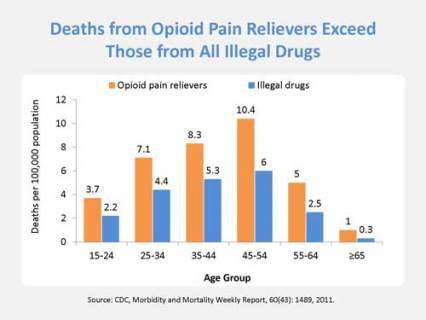 Stimulants can have strong effects on the cardiovascular system. Taking high doses of a stimulant can dangerously raise body temperature and cause irregular heartbeat or even heart failure or seizures. Also, taking some stimulants in high doses or repeatedly can lead to hostility or feelings of paranoia.
CNS depressants slow down brain activity and can cause sleepiness and loss of coordination. Continued use can lead to physical dependence and withdrawal symptoms if discontinuing use.

Prescription Opioid Abuse: A First Step to Heroin Use?
Prescription opioid pain medications such as Oxycontin® and Vicodin® can have effects similar to heroin when taken in doses or in ways other than prescribed, and research now suggests that abuse of these drugs may actually open the door to heroin abuse.
Nearly half of young people who inject heroin surveyed in three recent studies reported abusing prescription opioids before starting to use heroin. Some individuals reported taking up heroin because it is cheaper and easier to obtain than prescription opioids.
Many of these young people also report that crushing prescription opioid pills to snort or inject the powder provided their initiation into these methods of drug administration.
Dextromethorphan can cause impaired motor function, numbness, nausea or vomiting, and increased heart rate and blood pressure. On rare occasions, hypoxic brain damage—caused by severe respiratory depression and a lack of oxygen to the brain—has occurred due to the combination of dextromethorphan with decongestants often found in the medication.
All of these drugs have the potential for addiction, and this risk is amplified when they are abused. Also, as with other drugs, abuse of prescription and OTC drugs can alter a person’s judgment and decision making, leading to dangerous behaviors such as unsafe sex and drugged driving. 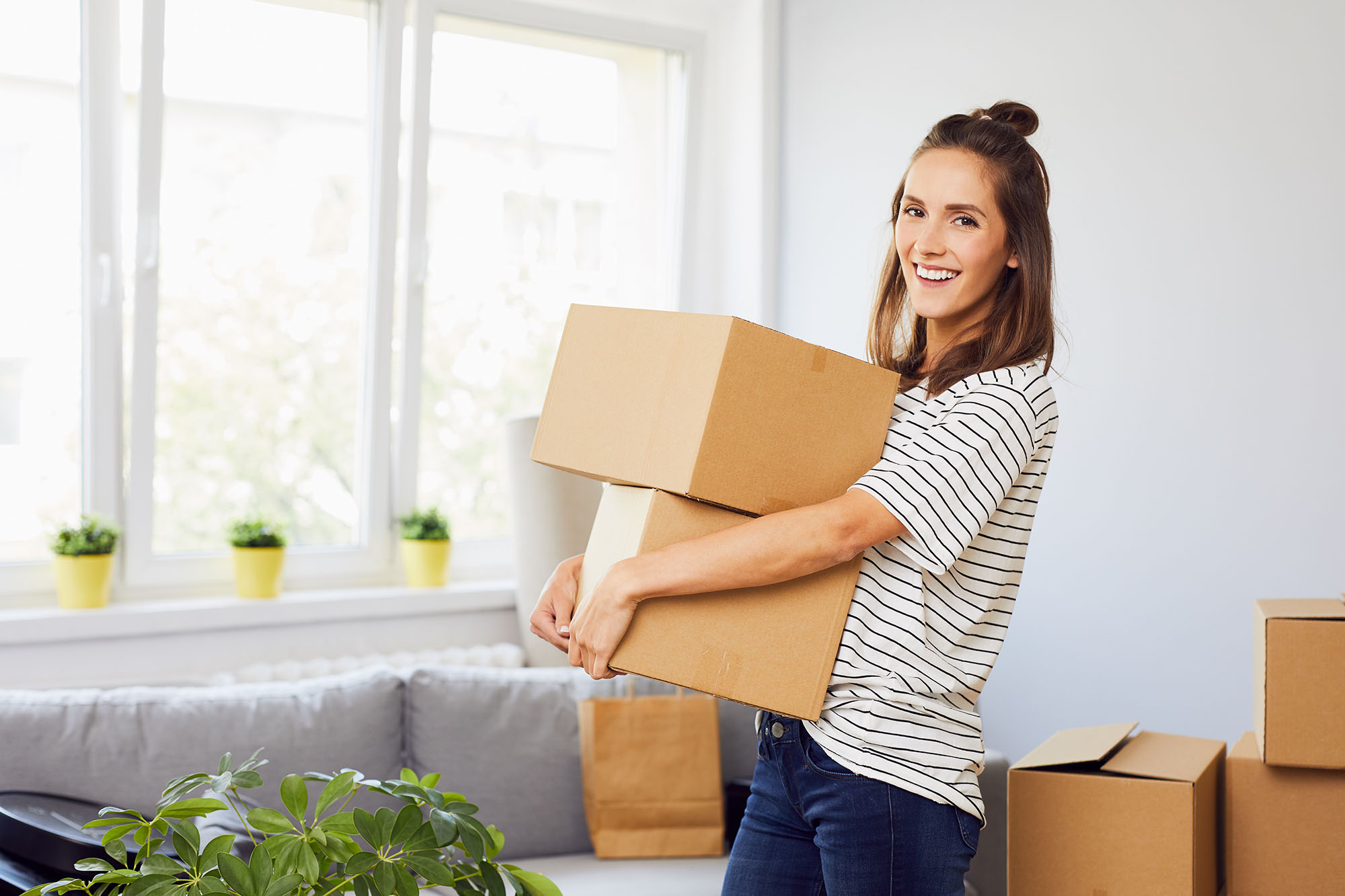